It’s been a bit of a rough week around these parts. Jamison got a slight cough early in the week and then lost his voice. He never ran a fever or said he felt icky at all so we never figured out what was going on. Then on Friday Cade woke up from nap with a fever and raspy cough and by Saturday morning it had traveled to Mercedes as well. Despite crummy feeling kids we still had bright moments. After all, our joy comes from knowing God and being thankful for the blessings in our lives. It is because of Him that we can find joy no matter our circumstances.

There was a SURGE of births among the women I know this week. I believe over a span of a week ten babies were born. That’s crazy and amazing! One of the babies was a dear, sweet friend that had long been praying for a second child. She had experienced several miscarriages before the birth of her daughter this week. This little girl is so amazing and so loved and our God is so good to provide. Another mom gave birth to twins at 31 weeks. Now they are just over a week old and one is already off her oxygen and breathing room air! The other is doing incredibly well also and now they are mostly just needing to grow in order to go home. God is so, so, so faithful. 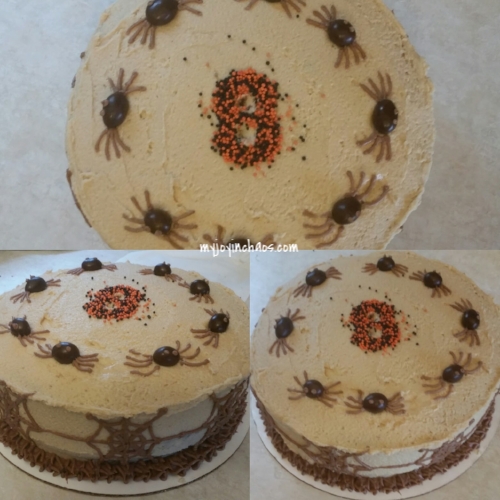 Parker requested a chocolate cake with peanut butter frosting for his birthday – YUM! I’m not a huge chocolate cake fan but once I slathered on the peanut butter frosting I could have eaten the whole thing. This kid LOVES Halloween and has had a costume party for the last three years. This year he isn’t having a part but we are going on a family trip over a school break instead. I still wanted to give him a little something spooky for his birthday so I decorated the cake with peanut m&m spiders and chocolate cobwebs. I can’t stop eating this cake – so good! 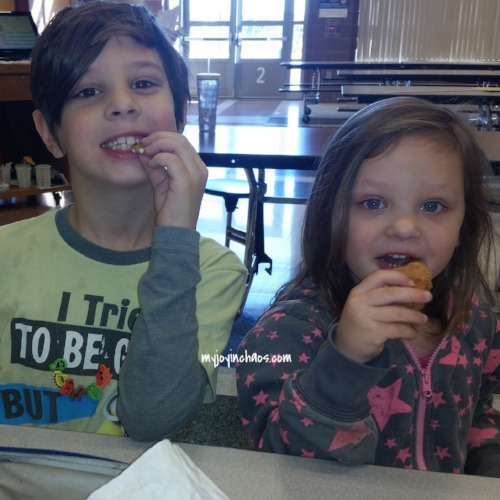 For his birthday the three little ones and I grabbed some food from the local drive thru and were waiting for Parker when he came down to the cafeteria for lunch. He was so excited that we were there and we got our own table for just us. It was a fun treat for all of us and I was amazed at how well the little guys did sitting at the big lunch table. It was a really special time for all of us. We also got to see Jamison for a few minutes because his lunch time is directly after Parker’s lunch. The boys were sad we didn’t stick around for lunch with Jamison as well but they were also in need of naps so we had to leave. 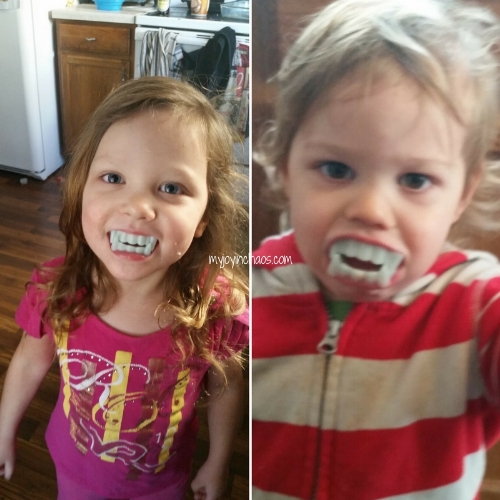 For Parker’s birthday snack at school he opted for glazed donuts with vampire teeth stuffed in the center holes. I forgot to take a picture of those but Mercedes and Anders grabbed a pair after Parker brought home the extra donuts and I laughed so hard watching them make faces with the teeth in their mouths. Hilarious! 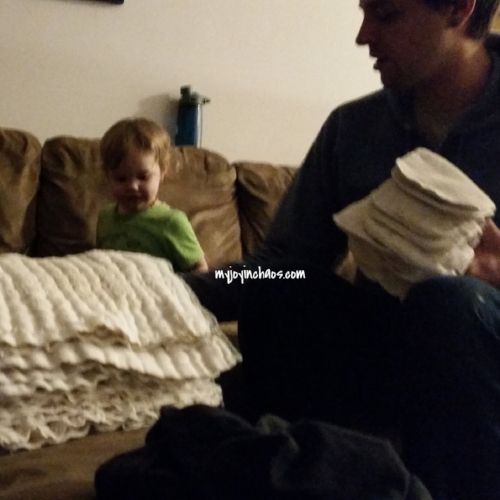 The little guys are in that stage right now where they want to be involved with everything. This can be a good thing or a frustrating thing! Diapers came out of the dryer on Friday night and Anders helped Micah stack them all up so they could get put away. He tries so hard to get the diapers all going the same direction like we do and gets incredibly excited when he finds a diaper cover to put in their bin. This is one of the times I don’t mind them being helpers!

Where did you find joy this week? What helps you keep an attitude of gratitude in order to choose joy?