(Note: This post contains affiliate links. Possibly several of them. Check out the disclosure policy to find out more.)

It was a tough week around these parts. Both little guys were fighting off and on fevers. No other symptoms until the weekend showed up when they developed coughs but still no fun. They wanted to do nothing but cuddle when they were awake so we spent most of the week stuck to the couch. I got some reading done plus I have to soak up all these cuddles when I can since once they are feeling better they move far too quickly to snag any cuddles! 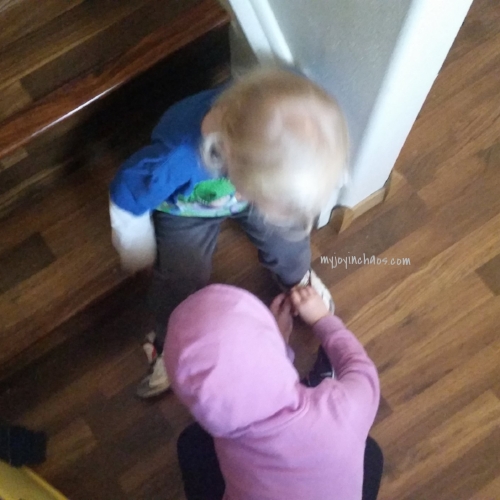 The rush to get out the door to pick up the big kids from school can get pretty crazy. It’s at a terrible time because it lands right during typical nap time. I have to adjust the nap schedule to about an hour earlier to make sure they get something resembling a nap before I have to bundle them up and head out the door. While I was helping Anders get ready to leave I looked over and Mercedes was helping Cade put on his shoes. My heart simply burst as I never asked her to do this and he was totally okay with her doing it. It may not happen super often but when they can get along like this at such a young age I feel like we are doing something right.

2. Cuddles on the couch 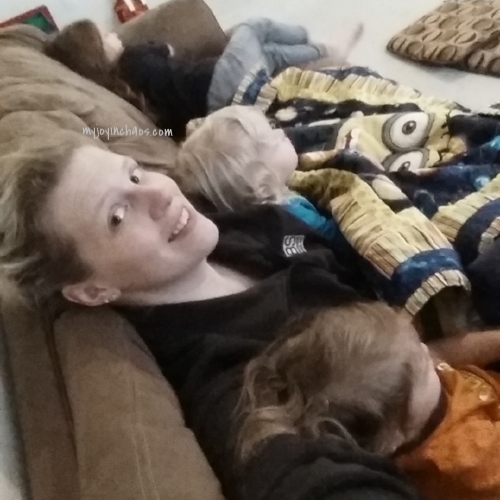 I knew on Wednesday that getting the boys to take restful naps was going to be nearly impossible. They moaned if I wasn’t holding them and were running low grade fevers. Instead I decided we would all rest on the couch and watch a movie together. Two of the kids actually fell asleep and the other chilled out while occasionally playing. Rarely do I get one to sleep near me anymore so despite being not so great circumstances it was still a treat.

No picture but a sweet friend stayed with the three little kids on Friday morning so Micah and I could escape to a morning movie. We went to see Fantastic Beasts and Where to Find Them. I loved it! I’ve professed my love for Harry Potter before and it was so fun to see an expansion of the wizarding world. I also love morning movies because there maybe eight people in the entire theater plus I don’t risk falling asleep.

4. Setting up for Christmas 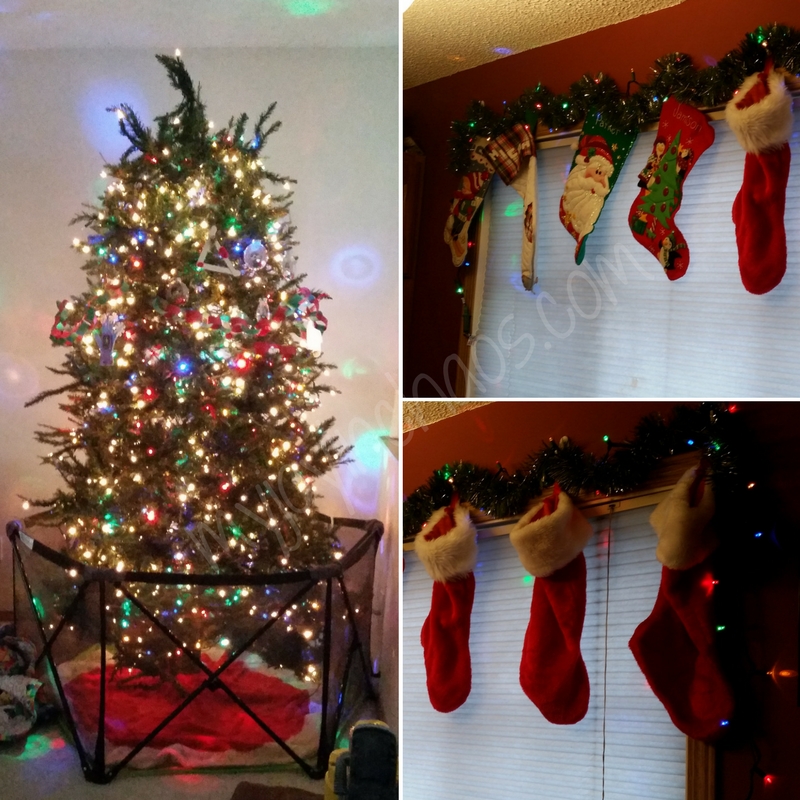 It’s become tradition around these parts to decorate for Christmas the weekend before Thanksgiving. Occasionally we’ve waiting until Thanksgiving weekend but we usually don’t last that long. We all love the twinkling lights and cozy atmosphere that holiday decorations bring. We opted for no ornaments again this year (other than a few homemade ones) since the little guys are still in destroyer mode and use this playpen as a barrier around the tree. I also got our kitchen window decorated with lights, garland and stockings. I still want to put more lights in the window but I haven’t decided how I want to do it yet. 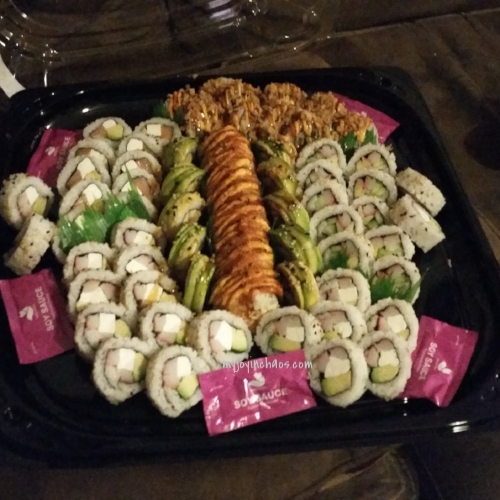 After decorating the house we like to have some type of special dinner to kick off the holiday season. Some years we’ve made a mini-Thanksgiving meal but this year we opted for a big sushi platter. I think Parker ate a roll and a half all by himself. We love our local grocers and the amazing sushi chefs they employ. We got this entire platter for less than $30! It’s an incredible deal for this many rolls. And it was so fresh! And now I want more…

What filled you with joy this week? Are you an “early decorator” for the holidays or do you wait until later? What do you do with your tree and ornaments when there are young kids in the house?

If you need a place to plan a stress free holiday season you can grab my printable holiday planner for free. You can also get free printable Countdown to Christmas activity cards if you go here.

How I ditched my frumpy mom uniform

20+ Christmas decor items to bring joy to your holiday season – for under $20!

Family vacation week! A look at the joy & chaos of our week

Fish tacos, watercolors, and wild things – a look at the joy & chaos of our week