It was a tough week for me. On Tuesday I found out that a dear friend was being placed in hospice care after a four year battle with breast cancer. She was only 36 and when she was diagnosed at age 32 she was given six months. Her kids were 4 and 6 months old at the time. She fought hard for four years and was able to see her kids make it to 8 and 4 years old. She didn’t let her diagnosis stop her from anything. She started and completed cosmetology school during those four years. She fought for patient rights and reached out constantly to others around her. One of her goals was to “Be Alive” and she did just that. She consistently lived and has inspired all of us to keep living as fully as possible. Her fight ended on Saturday morning. Thanks for everyone that offered up prayers! Keep her children, Jessica and Kaden, and the rest of her family in your prayers this week as they begin to adjust to life without Kelli.

Despite the sadness there were also moments of happiness. My children reached out to me with hugs and kisses when they saw me struggling. And their normal goofy antics reminded me over and over how blessed I am. 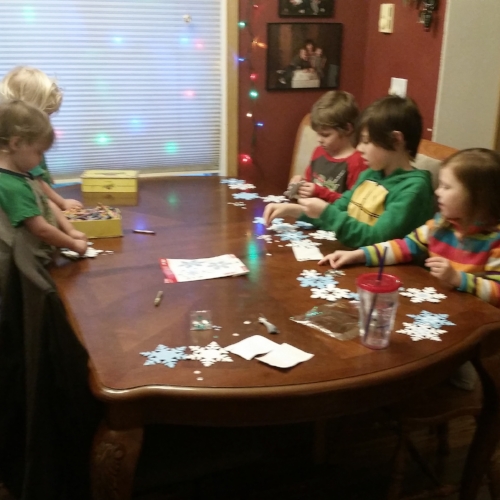 Day 6 of our Countdown to Christmas activity calendar was “Make ornaments for the tree.” I bought a kit at Michaels for an amazing price last weekend so everyone got to make several snowflake ornaments. The big kids glued on sequins while the little guys colored with crayons and markers. Now our tree has white and blue snowflakes and when it’s time to put away decorations these can all get thrown away! 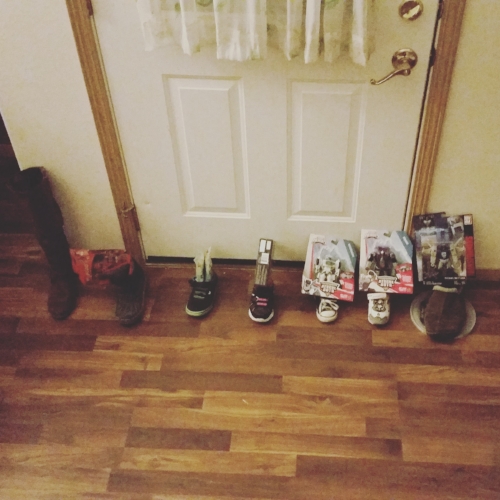 December 6th is St. Nicholas day! The kids wake up to find a small gift in their shoe and it’s a fun way to spoil them just a little. The big guys got a couple LEGO Mixels, Mercedes got a LEGO Elves set, the little guys each got a Transformers Rescue Bot, Micah got a regular Transformer and I was given a new rubber spatula. It sounds silly to be excited about a rubber spatula but I got to throw away a broken one and this new one is really nice! I think I’ve already used it three times in less than a week. 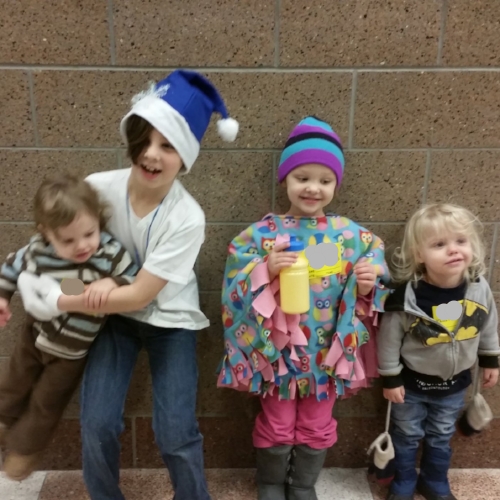 Parker had a winter concert this week where his whole grade sang several songs about snowflakes and cold weather. It was completely appropriate since that afternoon a blizzard shut down most of the city! We had a great time watching Parker and his friends sing and dance and he was so excited to see us after the concert. 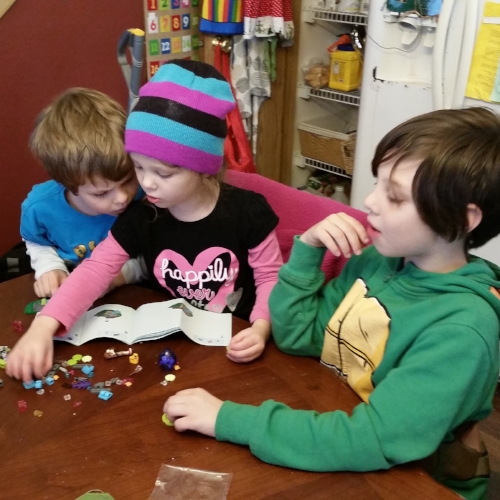 Mercedes received her very first “real” LEGO set on St Nicholas Day. She has a few sets that she got for free from the builds at Toys R Us but none that we’ve purchased for her. She doesn’t quite have the fine motor skills that the big boys do yet so they offered to help her build. She would find the pieces needed and they showed her where each one belonged. They were in charge of making sure the pieces were in the correct spot and pushed down tightly. I was so impressed with how well they worked together! 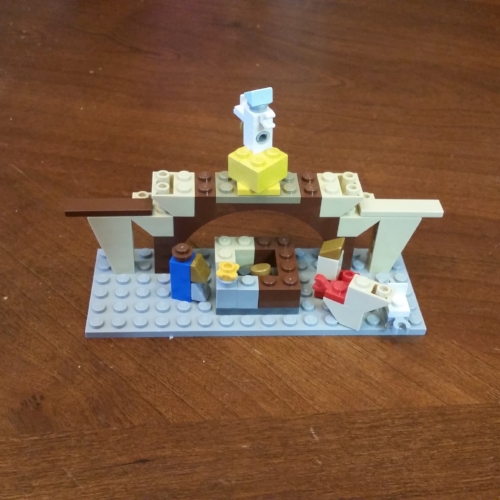 Day 7 of our Countdown to Christmas was a Nativity building activity. I told the big kids to design it however they wanted with whatever materials they wanted. I wasn’t surprised that they chose LEGO but I was blown away with their creativity. They’ve since expanded it and made more animals and people to join the scene. 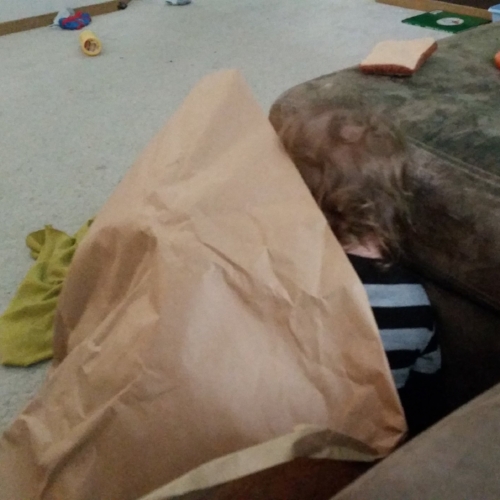 So many packages have been arriving (I love online shopping!) and with all the packages come packing materials. Anders stole the paper from one box and used it to make a little cave for himself next to the couch. He’d crouch down and giggle every time I got close to him. I love seeing their imaginations at work! 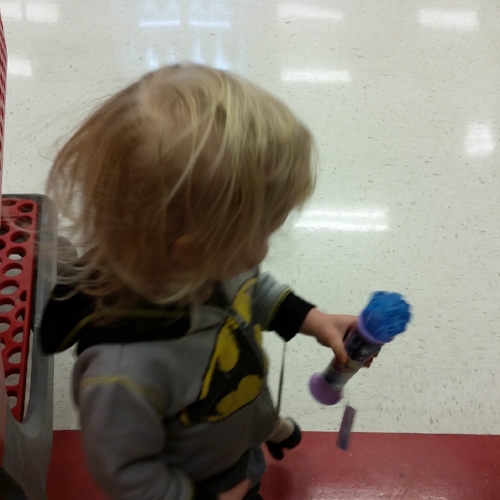 While wandering through the toy aisles during our weekly trip to Target the kids grabbed these microphones that play a couple songs from Disney’s Frozen. Cade pushed the button to make the music play and started singing along. It was adorable and he got lots of smiles and applause from people passing by. You can catch a clip of his singing on my Instagram page.

Where did you find joy this week? I’d love to hear what made your heart full in the comments!

If you need a place to plan a stress free holiday season you can grab my printable holiday planner for free. You can also get free printable Countdown to Christmas activity cards if you go here.