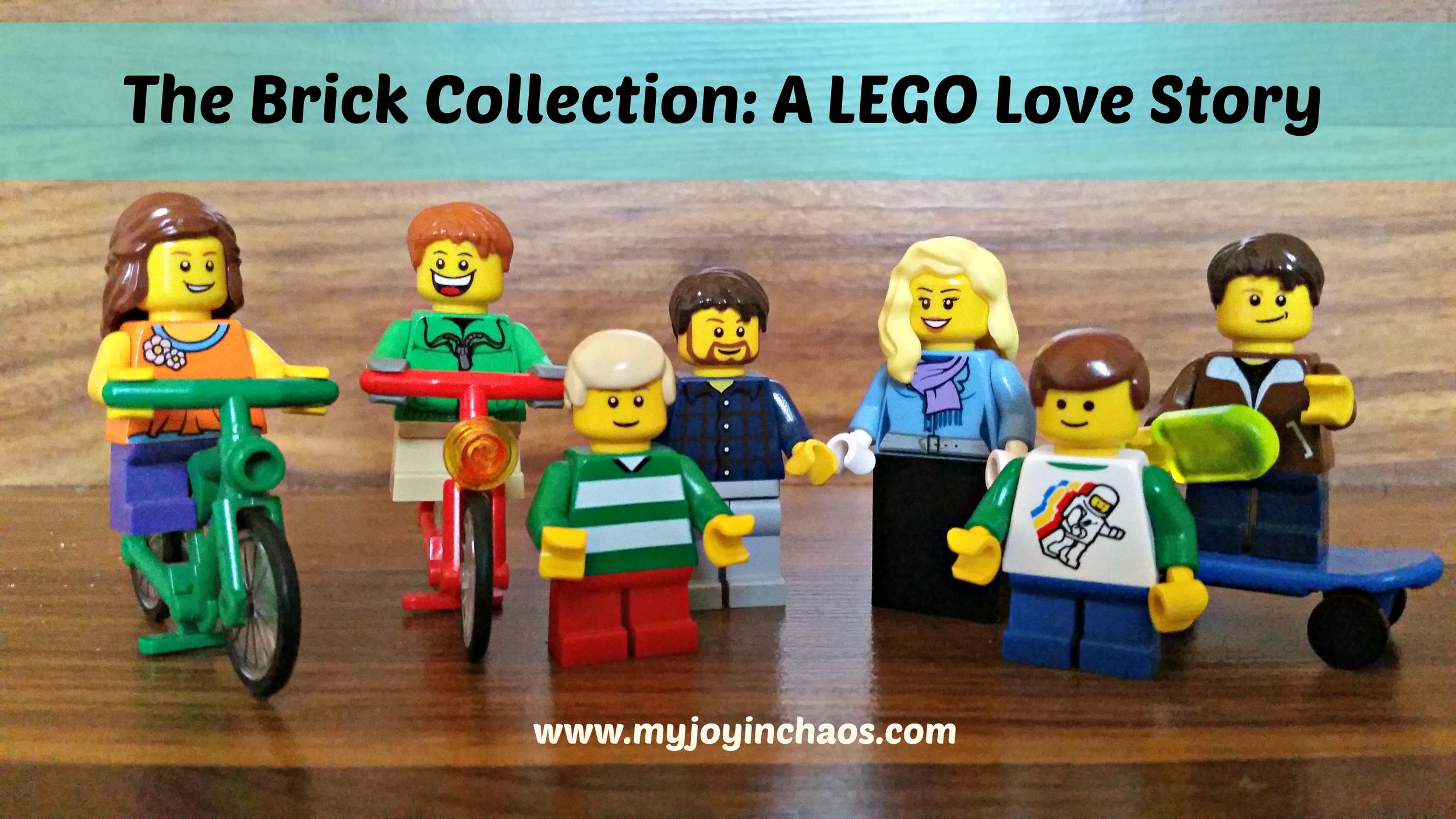 Once upon a time there was a guy that loved Transformers. This guy also loved a gal that he had asked to be his wife. This gal was on a girls’ weekend with her friends doing wedding planning stuff when she wanted to buy him a present.

She wandered into a LEGO store because she saw a set that looked like a brick-built Transformer. So she bought it.

This ended the couples dark ages.

Okay, okay, confession: I’m that gal. You figured that out? Guess I’m not as clever as I thought.

Two: the dark ages I’m referring to are the years when LEGO was not a part of our lives. This is a term used often in the AFOL (adult fan of LEGO) world. Most AFOLs played with LEGO as a child and then went through their own “dark ages” where the bricks got put away for various reasons. At some point down the line their interest is sparked again and the “dark age” ends.

That little $10 set I bought over ten years ago sparked a forgotten love of LEGO in both of us. We realized how much we had missed building and creating as we had as children. Our birthday and Christmas lists were soon looked like they belonged to a pre-teen rather than a twenty-something. But we didn’t care.

Building LEGO together as a couple has been a great tool in our relationship. We spend time together learning and researching new sets, pouring over leaked news or user created builds on sites like From Bricks to Bothans and The Brothers Brick. Working together building the sets requires team work and patience. And I can’t forget about the amount of laughing we do just because we are hilarious when we are together. 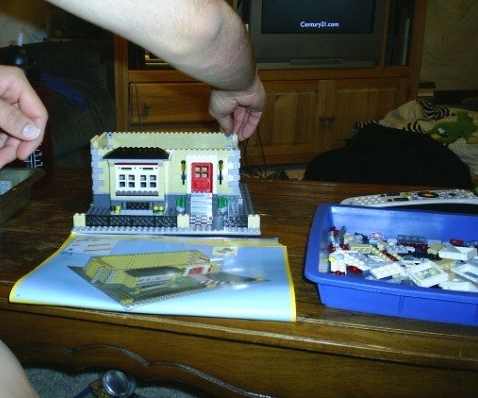 Our building time has slowed significantly as we’ve grown our family but our love for the brick is no less apparent. Where other people might display family heirlooms or other home decor we have LEGO sets. It’s our personality and our love so on display it goes. 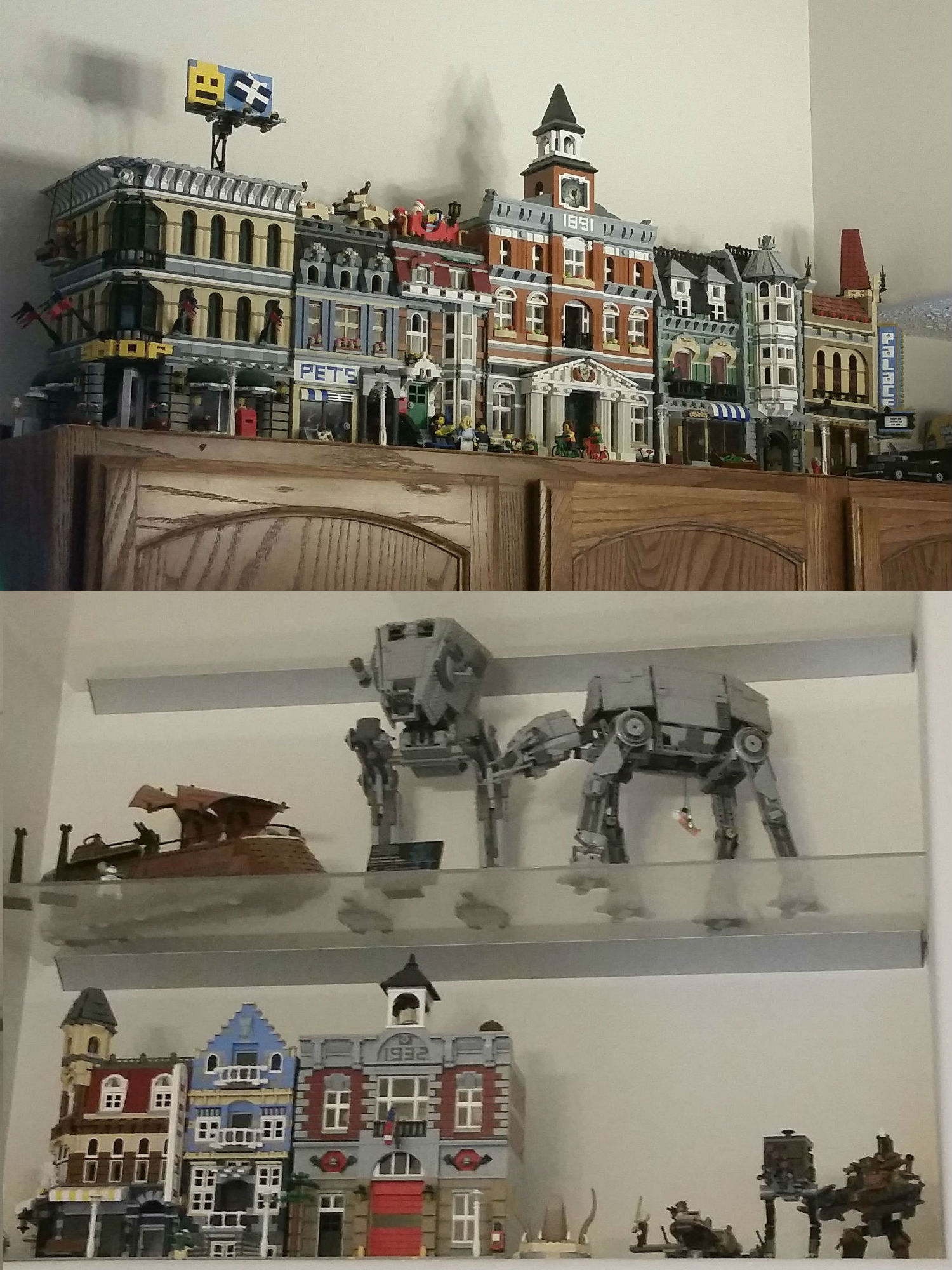 We have dreams of one day attending one of the various LEGO conventions around the country. Chicago, Tampa, Indy, and Fort Wayne have Brickworld, Seattle has Brickcon, Austin has BrickFiesta, and Northern Cali has Bricks by the Bay. We may be retired by the time we make it but it will happen.

Our love for these little bricks has obviously spread to our kids. Our two older boys have essentially made their carpet out of LEGO (I highly recommend wearing shoes in their room). Our daughter is in the in between stages of duplo and LEGO. She really wants the bigger kid sets but isn’t quite ready but doesn’t really build with her duplo much right now. So instead of having her own she just plays with others’ bricks. And the two little boys can’t get enough of duplo, primo, and quatro.

Having a special hobby that we share with our kids is such a gift. Just as we spend time as a couple looking at LEGO sets and building we also do the same things with our kids. We all get excited about new LEGO magazines, watching reviews of sets on YouTube, checking out the LEGO selection in local stores, and most of all, building and creating together.

What hobby or activity do you enjoy doing with your spouse or kids?

Your Guide to Hand Me Down Clothing Etiquette

5 simple ways to get your kids involved in meal planning

Free Father’s Day Printable “All About My Dad”

The Best Family Games You Should Add to Your Collection

The only cleaner you need to make your oven shine