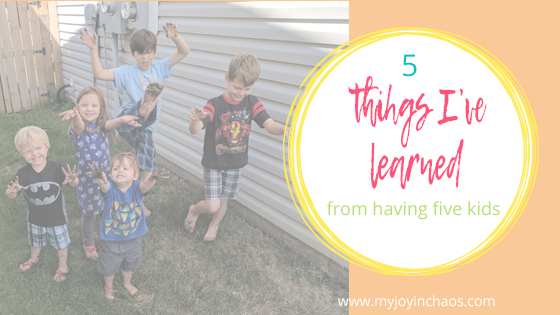 I never planned on having a “big” family. Micah and I are both the oldest of three and we agreed that three is a great number. I said three or four kids when we did our pre-marital counseling because I really like even numbers so I didn’t want to ignore the idea of a fourth kid. Micah said he would consider four but nothing higher (and then God laughed).

After Mercedes arrived I was immediately on board for number four… as in she popped out and I announced she was a girl and then I asked when I could do that again. I really liked labor and delivery with her! We knew we wanted to keep the kids close in age and we liked the age distance between Parker and Jamison (17 months) so we decided to shoot for that again.

We started trying when Mercedes was about six months old but it took us until after her first birthday to see those two pink lines. Obviously we are now super grateful for that spacing since at our eight week appointment we saw not one, but two little beans bopping around. Twins! And thus we became a family of five. Never in my wildest dreams did I think I would have five kids but now I know it was the surprise I didn’t know I needed.

These might not be mind blowing revelations but they are the lessons that have been important for me as a mom and for raising these five little humans that are spaced a mere six years apart. They are the lessons I need to remember when the chaos is building and I feel like I can’t handle being a mom. That while this is happening it will also pass, there is more than just the loud and the crazy. 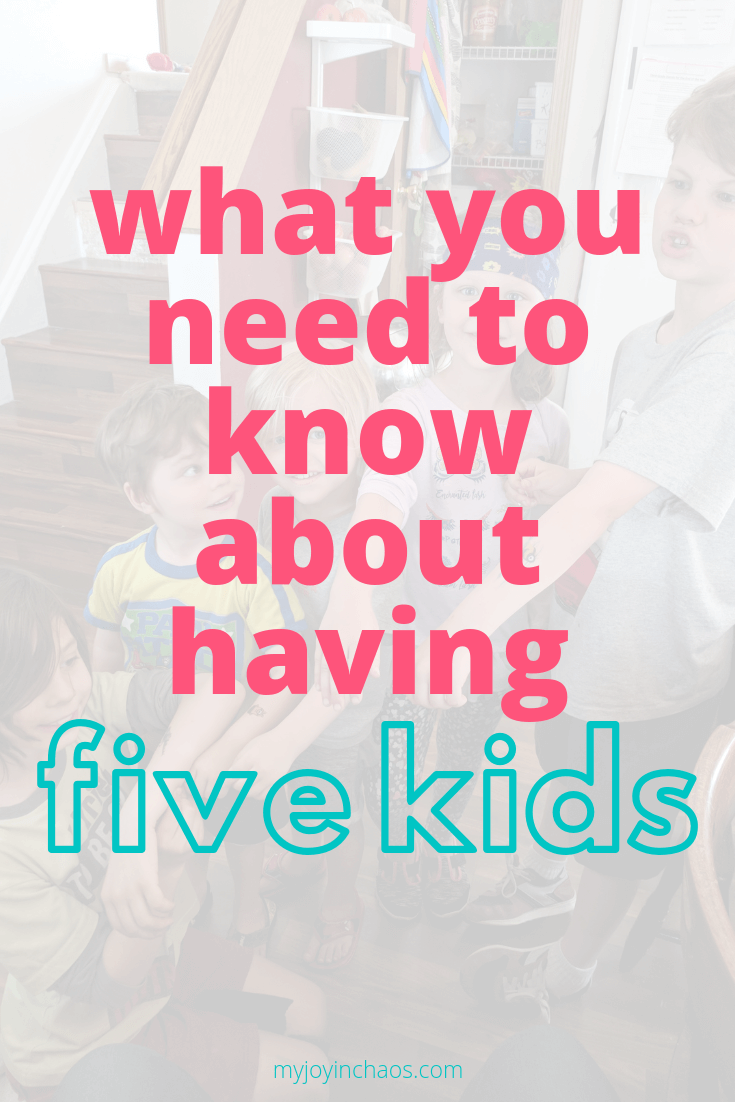 1. There are lots of tears but they do eventually end

Whether it’s because someone stole a toy, Kid A smacked Kid B upside the head with a different toy, that one won’t play with this one, the other one fell down, this one over here doesn’t want to play in the living room anymore, or that one in the corner just wants to be left alone the tears seem to be ever flowing.

But there are also many moments of calm and peace. Or at least not tears. It’s hard to remember sometimes when they get going but the tears and whining do stop. They won’t scream forever. The older kids are learning to handle small conflicts themselves even if they need reminders sometimes. And the little guys are still little so a change pace tends to help. And those breaks in the tears give enough respite to make it through the next round.

2. Dishes and Laundry will never be complete, ever

It’s not possible. I can gather every last dish from every single room, clean them all, and not feed anyone for hours and somehow there will still be something in the sink the next time I turn around. I try my best to have all the dishes done once per day. If there is a pile at other times, oh well. There will always be a pile at other times. Seven of us eat here for goodness sake!

Same goes for laundry. I have made a point of picking up every item of clothing, every towel, dish rag, whatever and done laundry all day and still I find something tucked in a corner an hour later. There are gnomes or something at work. Or just lots of small children. Lots of small children that insist on changing clothes if they drip a bit of water down their front no matter how many times I insist it will dry. Which it does while it sits in that corner until I find it.

3. Comments from strangers will never end

There are times I people watch when we go shopping. We do all our grocery shopping together as a family on Friday mornings because it’s quieter than the weekends and it saves Saturday and Sunday as more family focused time at the house and going to church. We get at least one comment each week and if I’m paying attention I can usually catch people watch us as we walk by and mentally counting the kids as we pass.

There have been times we’ve been asked if we run a daycare (it’s only five kids, people!) and another time a lady started hollering that we needed to stay where we were because she wanted to get her mom and show her (umm, what?). The worst was when a lady apologized to me for the size of our family. It was something along the lines of, “Oh, wow. Five kids? I’m so sorry!” Well, I’m not.

It may have been the biggest surprise but those little guys are amazing and I love our crazy kids. And occasionally, the comments are actually really touching.

4. Never underestimate the power of a distraction

There are five of these little humans. Granted two of them aren’t quite so little anymore but they are still little in lots of ways and can still get overwhelmed. Whether they are facing something a little scary (like shots at the doctor) or the schedule is off and they are tired a simple distraction can make the difference between a quiet kid and a screaming kid. I knew this with some of the others but it really took me until the twins to understand the real power of distraction.

I try to keep simple things with me that I can pull out for times I need to change the mood. I have a deck of Uno cards in my purse for the big kids when we are waiting at restaurants. I removed all the skip, reverse, draw two, and wild cards so they are only left with numbers. It simplifies the game enough that even Mercedes can handle playing. For the little guys my go to distraction is to hum or sing a simple lullaby that my mom used to sing to me. Within a few notes Cade calms down – amazing! I’ve also used small tubes of bubbles, crayons and a notepad, or in a real pinch I’ll pull out my phone. Anything I can do to help these little ones shut out the world and bring some calm back into the situation is a win in my book.

This one is the best. With each kid that we’ve added the laughter and joy has only increased. Sure lots of other things have gone up as well like our grocery bill and my laundry piles but man does each one of them bring something special to the table. And those kids love to make each other laugh! Between the tears there are tickle fights, games of peek-a-boo, wild stories created by their imaginations, and songs written for their family rock band.

If one of them is having a rough day I can always count on at least one of the others to try and cheer the sad one up. They will share special stuffed animals and blankets to bring a smile to a hurt sibling. They pray for each other to have good night’s sleep and good dreams. They miss each other like crazy when separated. They save special treats for each other just because.

There will always be battles between them but they will step up to bat for their siblings without hesitation, even the little guys do it. It’s a beautiful thing to see such an intense bond building between these five at such young ages. I know the fights are going to get crazier as they age but I can’t wait to see how much stronger the relationships become as time goes on as well.

What have you learned from being a mom to your kids? Has anything about being a mom surprised you?