Did you have a good 4th of July? We hung out at home and enjoyed the extra day with Micah around. The rest of the week felt so weird since we started our week on a Tuesday instead of a Monday so I was really out of it! This is the first week in a long time that we haven’t gone anywhere but we still had a great week.

1. Fireworks with the kids 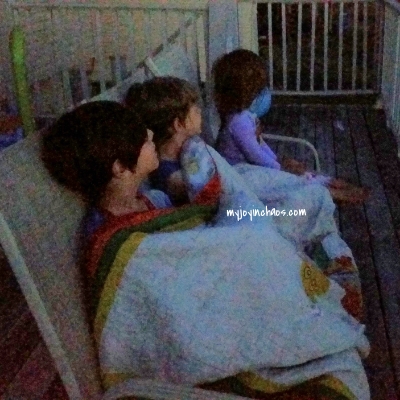 Our deck has become our favorite fireworks spot! We’ve only lived here through two years of celebrating the 4th but I can’t imagine a better spot! We could see at least four displays at one time and counted at least a couple others as well. The big kids had so much fun pointing out the shows to each other and couldn’t look around fast enough! It was a special treat for them and seeing their faces light up filled us with great joy!

Unfortunately I only took video of this, no pictures 🙁 Our oldest learned how to ride his two wheeler this week! He’s a lot like Micah and me in that he doesn’t want to try something unless he will be great at it immediately. He doesn’t like the time it takes to practice and learn. It’s something we (all) are working on because rarely does something go well the first (or 100th) time! But somehow the training wheels got pushed up on the other bike enough that they were no longer using them. After pointing this out to the boys Parker decided to give the bike without training wheels a try and had NO trouble staying balanced! He was so incredibly proud of himself and I was too! It was great seeing him succeed at something he was having trouble with earlier. 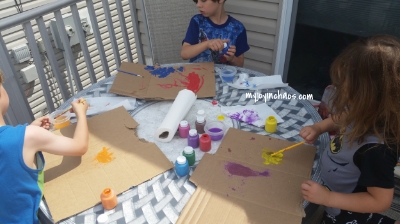 The kids were starting to go a little nuts this week. They weren’t big fans of being outside or inside and playing nicely together wasn’t going super well. I figured we all needed a change of pace so I grabbed some washable paint and cardboard boxes that they had already ripped into chunks and brought them outside for art time. THEY LOVED IT! They were so bummed when it started raining and I had to bring them back in. But now I have an incredibly easy and inexpensive way to entertain them when the normal tricks don’t work. 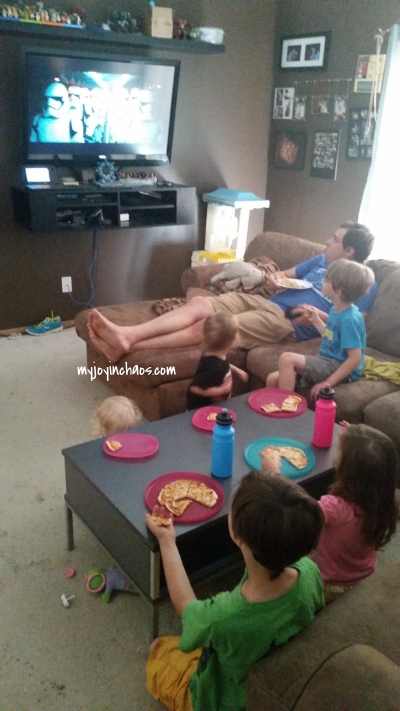 Micah and I really enjoy Star Wars and have let the kids watch the whole original trilogy plus the first two movies of the second trilogy. They’ve never seen Episode III because it’s rated PG-13 and that was a line we drew a long time ago. They’ve begged us to see all the Marvel movies and several others (even some that are PG) that we’ve decided they just aren’t ready for or aren’t good for them. But we watched The Force Awakens several times to decide if it could be a movie they could watch. After hemming and hawing for a while we decided that while it has a PG-13 rating, it’s because of the “intense action” and not due to language or inappropriate behavior so we’d let them try. We let them know that if it got too intense or scary for them we would turn it off and find something else for movie night. They soaked it up and really enjoyed it and we are happy we have the love of another fandom to share with them!

One of the awesome ladies in the babywearing group I belong to offered to host a sewing/craft night at her house on Friday so I actually bowed out of movie night early to go hang out. I brought my crochet bag with but only managed to get about three rows done in the five hours I was there. Oops! I was much more focused on the food and great conversation. We laughed so hard I think I was tearing up at one point. Yay for friends!

6. Playing PokemonGo as a family 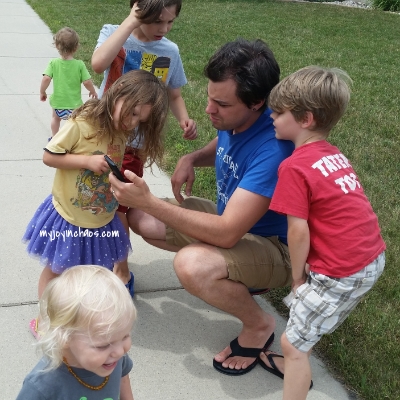 Have you heard or joined in on this new craze? Have you seen people with their phones out moving them around as they walk? Micah put the game on his phone and the kids quickly caught on and wanted to join in. Just before naptime on Saturday we all went for a short walk to see if we could catch any Pokemon in the area. It was a fun adventure and the kids are all begging to do it again. Combining a fun interactive game that gets us out as a family? Awesome! 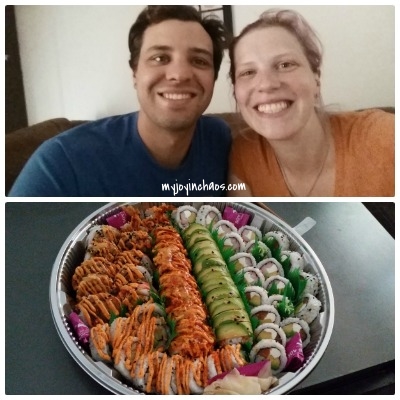 I can check off one goal for the month of July! Micah and I had an at home date this weekend. We discovered it’s SIGNIFICANTLY cheaper for us to preorder our sushi in a platter rather than buy the small plates when we want them. We saved ourselves nearly $15 by placing our order on Friday and picking it up Saturday afternoon. Awesome! Once we got all the kids in bed we made ourselves a living room picnic to stuff our faces with all these delicious rolls and watch Mockingjay Part 2. It was nice to eat a meal without kids climbing on us or trying to steal our food. Or needing to get up sixty billion times to fetch somebody something. Quiet dinner and movie with just us focused on spending quality time together was a perfect way to unwind after a full day of cleaning house. I love this guy!

Where did you find joy this week? How are your July goals coming along?