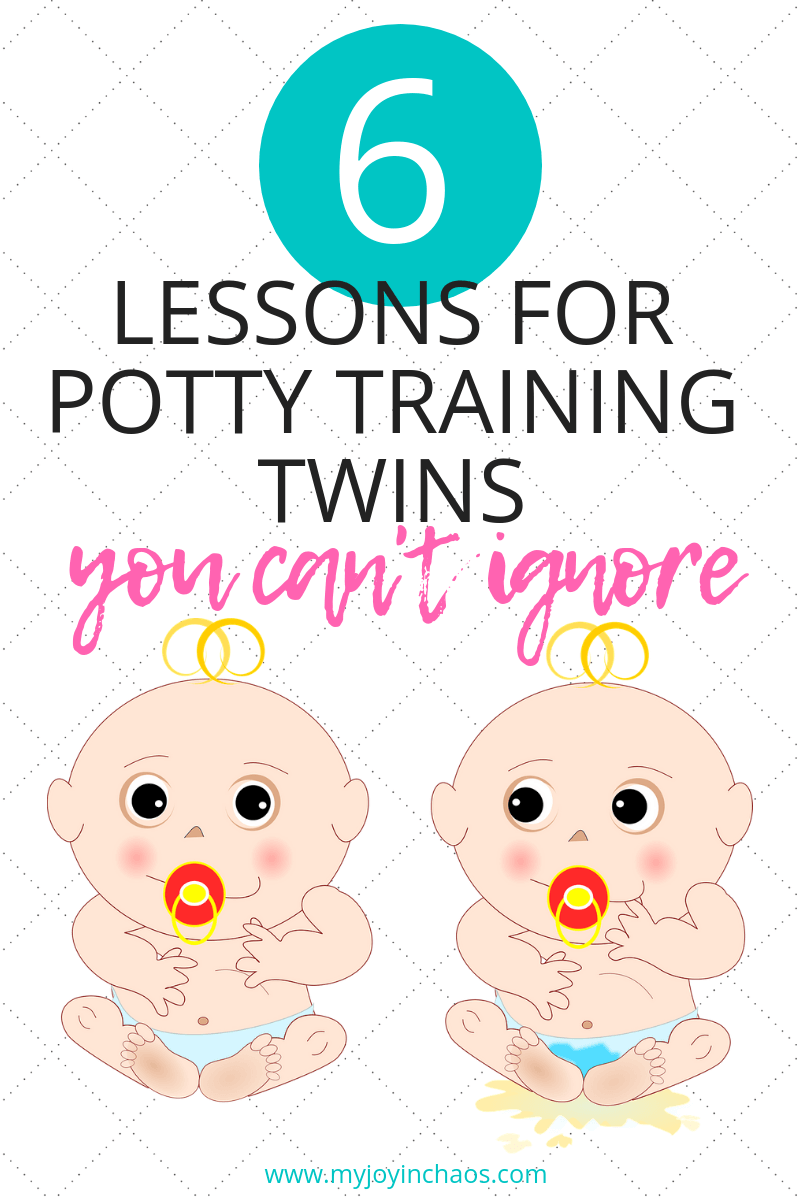 Earlier this summer Anders and Cade (currently 22 months) both became interested in using the potty. All of our kids have shown a fairly early interest in the potty and all have been trained by the age of two. I don’t know how it has worked with five kids (even though the little ones aren’t fully trained yet) but if I figure out the secret and can bottle it for those of you sick of buying diapers I will be sure to do it. It may have something to do with using cloth diapers, or it could be because I was an early trainer, or it could be a total fluke.

It’s possible if we waiting until they were older we could bunker down and do one of the 3-day methods that you see floating around the internet but I don’t feel like hiding in my house for 3 days straight with naked kids. We let the kids take the lead and decide on their own readiness and this seems to work well for them. Training the older kids was pretty straight forward because there was one of them to train – they asked, we took them, all done. Training twins is double the work but quadruple the mess. Or at least that’s what I’ve come up with if I’ve done my math correctly, ha!

1. They are still individuals

Anyone that has multiples knows this and it’s no different with potty training. Even identical twins are still their own people. What one twin is ready for or likes could be completely different from the other.

Cade has been a rockstar going potty since we really got started in August. At this point I’d consider him day-trained because he has maybe one accident per week at home and even does really well when we are out shopping or at church. He tells us when he needs to go and doesn’t usually dink around in the bathroom when he decides it’s time.

Anders has been slow to the process. We have take a couple breaks with him, even in the six weeks we’ve really been focusing on this, because he’s having a rough day and it does no good for anyone to have accident after accident. We try again the next day and go from there.

If one kid shows strong interest but the other doesn’t care maybe you can try with just the one. It could spark interest in the other or you could simply end up having one less kid in diapers. Either option sounds good to me!

2. Have a chair option for both kids

We did not jump on the “get one for each baby” bandwagon that many parents of multiples subscribe to. Rarely did we have two of anything (except babies, ha!) but once we began training we realized we needed a second option. There were too many times when one would ask to go and then the other shortly after and we’d have to make him wait. There were a few accidents during this time of waiting so we wanted to take that problem away.

We’ve always had the little one on the floor with the removable seat to use on the adult toilet. It’s worked great for singles but now there are two kids that often want to use the toilet at the same time! We bought the simple potty seat as a second option and it’s been super handy. The boys don’t always want to go at the same time but when they do it’s nice having a spot for each of them to help prevent an accident.

The individual personalities plays in to this as well. For a while Cade only wanted to use the “little potty” on the floor. He’d freak out if we needed him to use the adult toilet because Anders was on the little one. Now they seem to use both interchangeably but that could change tomorrow!

3. Keep lots of cleaner on hand!

There will be accidents – lots of them. I’m a big fan of using spray that’s intended for pet stains since it’s supposed to kill the odor and the bacteria. These are usually safe for carpets, hard floors, and furniture which is a huge help! These guys have had accidents in the craziest places. Check labels to make sure you find one that is safe around kids since that’s the whole reason you are using it! Otherwise there are loads of other cleaners out there that you can use or you could scour the internet and find a recipe for a homemade cleaner. All are great options.

I also recommend having some disinfecting type wipes around for wiping down the toilet and surrounding floor. SO MUCH PEE! Having a cleaner that is easy to grab as soon as the mess happens means I can clean up the mess as soon as it happens.

4. Stock up on undies

Obviously with two kids you need a fair amount of clothes anyway but when it comes to potty training twins buy twice as many underwear as you think you need unless you plan on doing laundry daily. I want to say we have at least twenty pairs and there have been days when we realize we don’t have any clean ones until the dryer stops or we have to run to the car diaper bag for the spare pairs (and then remember to restock them!)

I don’t like using disposable training pants during training unless we are leaving the house. They are exactly the same as diapers other than the convenience of making it easy to pull them up and down. Yes using real underwear makes for more clean up but they notice when they have an accident. I know there are people that have great success with disposable training pants but not our kids. Maybe it’s because of the cloth diaper thing again? Who knows.

5. Find a reward that works for each of them

We have always trained with M&Ms because they are such a special treat for little kids. After a few weeks the boys seemed to have the process down (and I was running out of M&Ms) so we switched to high fives for pee and an M&M for poop. That lasted maybe a week before they started regressing. It wasn’t exciting enough to get them interested!

I found a bunch of Sesame Street stickers so we decided to use those and the excitement was back for Cade. But then it was a battle over which sticker to get and it took longer to pick out a sticker than it took to actually go potty. Ugh. And the stickers didn’t motivate Anders AT ALL (again, that individual thing) so we needed to go back to M&Ms. Now that we are back to a special reward that motivates both of them we are seeing a significant improvement in their skills.

6. Get used to seeing a lot of your bathroom… and other bathrooms

There are days when I swear I spend at least half my time sitting on the edge of my tub urging the boys to “push it out” or “stop playing with it.” I bring one in and moments later the other decides he has to go. Then the first one wants to try again. And five minutes later the second one is screaming, “POTTY!” again and back I go.

I could get frustrated – and occasionally I do when it’s clear all they want to do is play – but I try to use the time for good things instead. I talk to them about what we are doing that day, practice skills like shapes and colors, tell them a story, or just soak up their goofy personalities. I try not to let the bathroom be a play area – because YUCK – but during this season we are going to be in that room A LOT and may as well deal with it with a positive attitude.

Any tried and true methods you love for potty training? Have you potty trained twins or other multiples? What tips do you want to share?


Free Father’s Day Printable “All About My Dad”


The Best Family Games You Should Add to Your Collection


Why we are waiting to show our kids the Marvel movies


My Completely Honest Review of the 2019 Ultimate Homemaking Bundle