It was a fun and silly week. The little guys seemed to have grown up over night and are actually playing well together! Of course now that I said something they will be back to loads of hitting and yelling but it was wonderful last week to see them getting along. 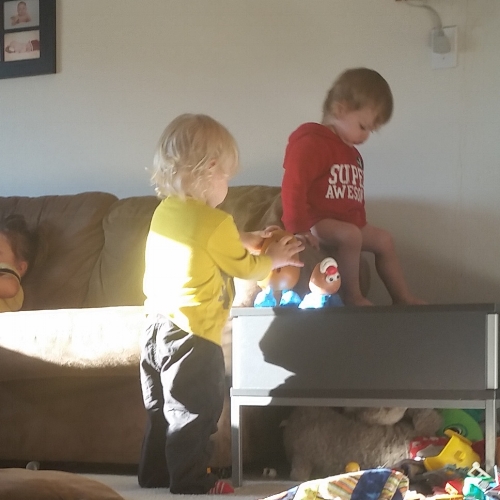 Mr. Potato Heads have always been a big hit with our kids. We used to have a massive collection because they were a favorite with Parker but over the years our collection has gotten a bit smaller due to broken parts. But they still get played with almost every day so it’s not surprising that some have bit the dust.

The big kids like to watch LEGO Ninjago and the little guys are great at copying the “Hi-ya” sounds. They built these potato head guys and had them battling each other. Their giggles as they played were simply infectious! 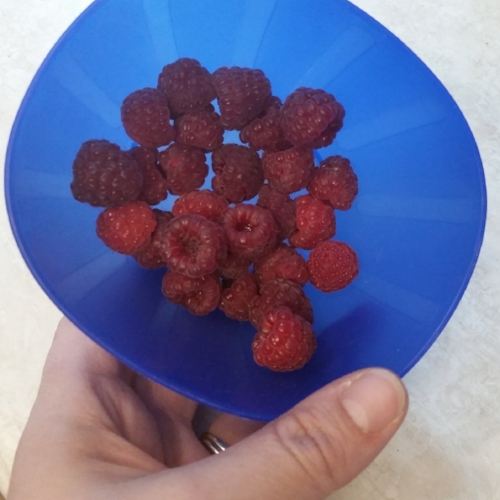 My raspberry bushes are finally producing a decent crop! Earlier this summer I was only getting a few berries at a time. Last week I picked 26 at once! The kids were incredibly excited and we all ate a few with dinner. It was like an overflowing bounty in their eyes and made me appreciate the treat that much more as well. 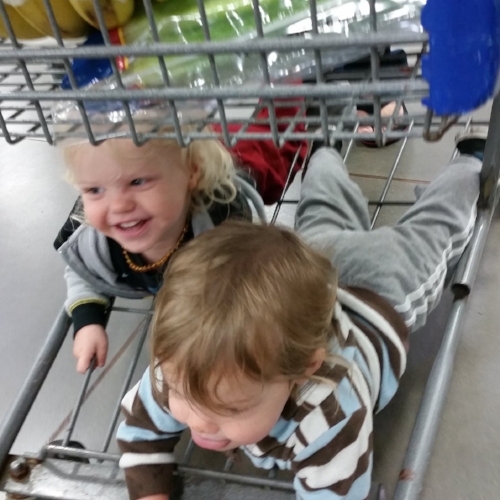 After a pit stop for a potty break at Sam’s Club these guys quick crawled under the cart before we could grab them and put them back in their seats. Their big siblings love to do this so it’s no surprise they want to do the same thing. They giggle uncontrollably as we slowly roll through the store.

4. Lunch & recess with the big boys 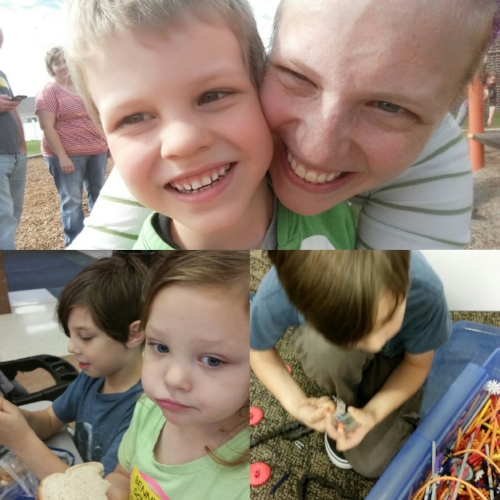 Parker and Jamison’s school invited all the parents/grandparents/families of their students to join the kids during lunch and recess last Friday. We hauled all three little kids with us and enjoyed seeing the boys in their school environment. It was almost impossible to snag a picture with Jamison because he was running around the playground so much but I managed to snap that top one quickly as he passed by. Mercedes chatted with all the kids at the table with us and loved talking about everything she was going to do when she went to school there. I’m glad the school puts on events like this! 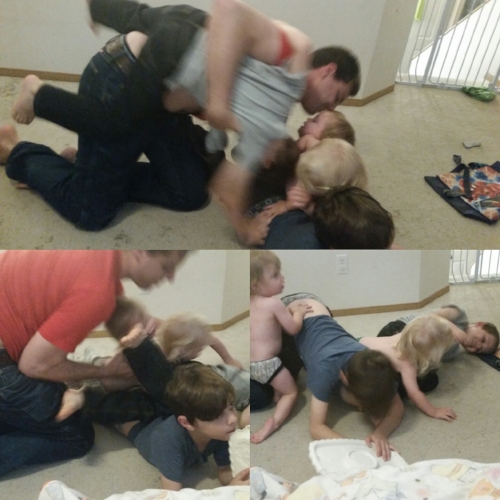 I love this guy. He’s so active and playful with the kids and they all have so much fun with him. After dinner on Friday night all the boys broke into a spontaneous wrestling match (this happens frequently). Usually Mercedes gets in on the action as well but she was busy watching Inside Out with me and didn’t join in until later. I love how the little guys aren’t afraid to throw down with the bigger kids. They know how to stand up for themselves and yell when they’ve had enough. 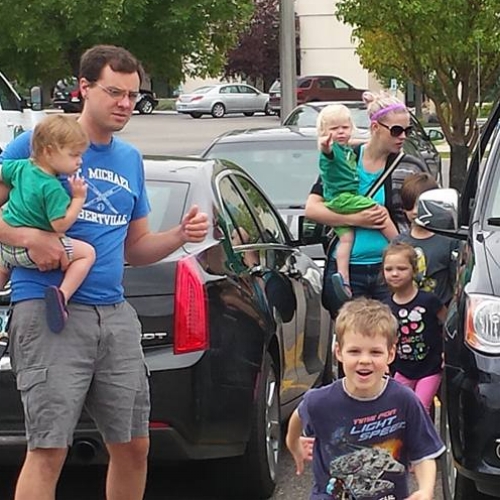 My parents came in to town for the day to celebrate all four (mine, Micah’s, and both of my parents’) birthdays. We went out for brunch after church where we proceeded to stuff our faces with lots of different foods. I think my favorite item was the raspberry and white chocolate scones. They were AMAZING and I wish I had grabbed a few extra on the way out. We also exchanged gifts. We made them a new mailbox with the kids’ hand prints on it and stuffed with lots of their favorite treats. I got some workout clothes and a 10lb hand weight set along with a few other items. Micah got a few new LEGO sets and lots of snacks. It was a wonderful visit but far too short!

Anyone else think this shot looks like a paparazzi picture? The McGowen clan was seen outside a local establishment unloading their clown car of children before heading to brunch with family. Ha!

How was your week? What brought you joy? Did you decide to choose joy in an place you normally wouldn’t?