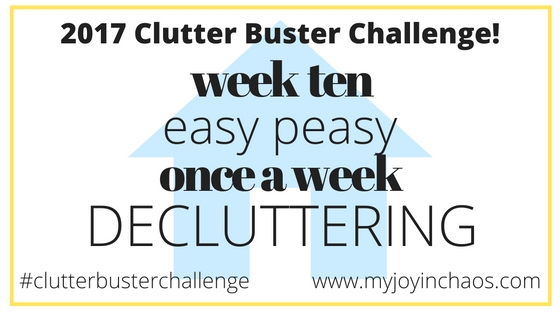 (Note: This post may contain affiliate links. Possibly several of them. Check out the disclosure policy to find out more.)

How did cleaning out your other kitchen drawers go for you? Did you stick to one drawer (like a junk drawer) or did you power through all of them? My mother-in-law counted up all her drawers and I believe the total was something like seventeen. Suddenly I’m okay with only having two! Okay, so it’s six with the few added but still… Maybe I’d be able to keep the counter clutter under control with seventeen? Probably not, the mess would probably just end up in the drawers and on the counters.

You can read more about the challenge on the week one post.

I last took on our pantry back in October. That was a significantly harder job because it hadn’t really been done before. Since taking the time to put it in order over four months ago I’ve been trying to keep similar foods grouped together and planning meals according to what I know is in there. I don’t want food to go missing and having to toss out half a box of pasta because it sat open for ages.

Here’s the before picture: 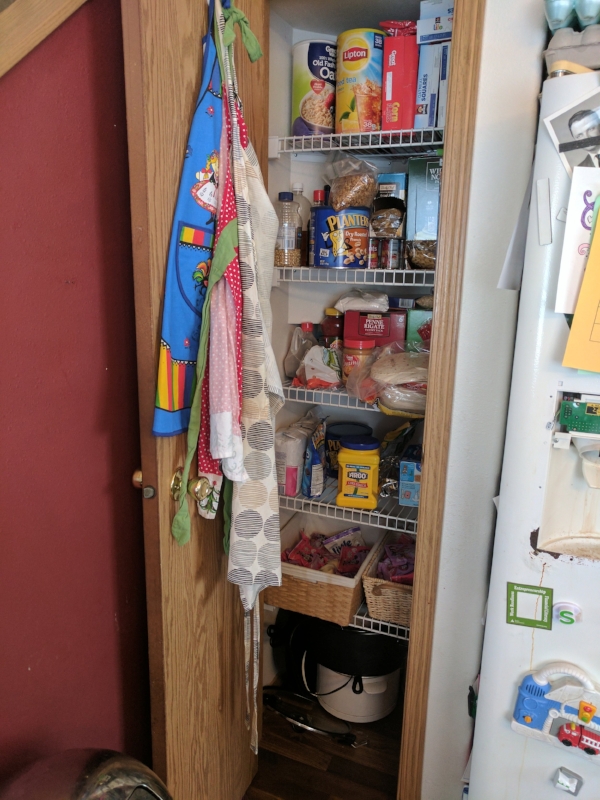 It’s not terrible but it’s a little messy and not very easy to find what I need.

I moved more of the snacks to be together in the lower shelves. We like keeping our snacks low so the kids can reach them and so the items we don’t want them messing with can go up high.  We are thinking as they grow and may decide to get sneaky that up high might be better. For now down low works and we’ve never really had an issue with snack thieves, ha!

I found a bag of cookies that only had a few left as well so I combined those with the new bag that wasn’t opened yet. I also found a bag with one lone, broken pretzel stick remaining. We had made chocolate covered pretzels during December and I can imagine sitting open in the cupboard this whole time that it was still good so I tossed it out. 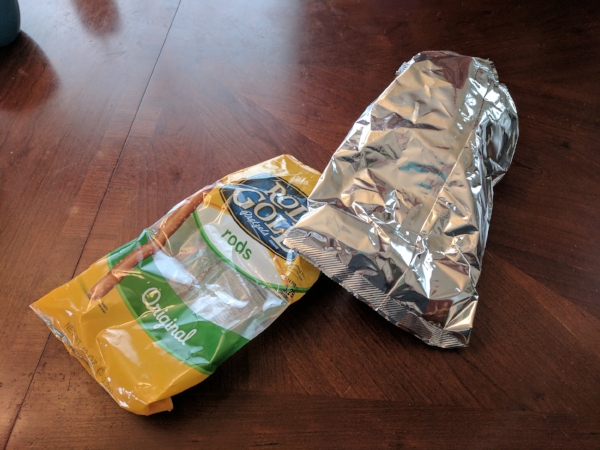 Seriously, that was it. I was SHOCKED, y’all. I really thought I was going to find more! But I guess what I’ve been preaching this whole challenge is true – When there’s less stuff, especially less of what has no purpose in your home anymore, organizing can often happen naturally. I cleaned the pantry out of all the extra stuff back in October and have worked to make sure I’m only buying what we need and then using what we have. This means it stays closer to organized and usable! Phew! I’m not totally making this stuff up.

And of course an after picture: 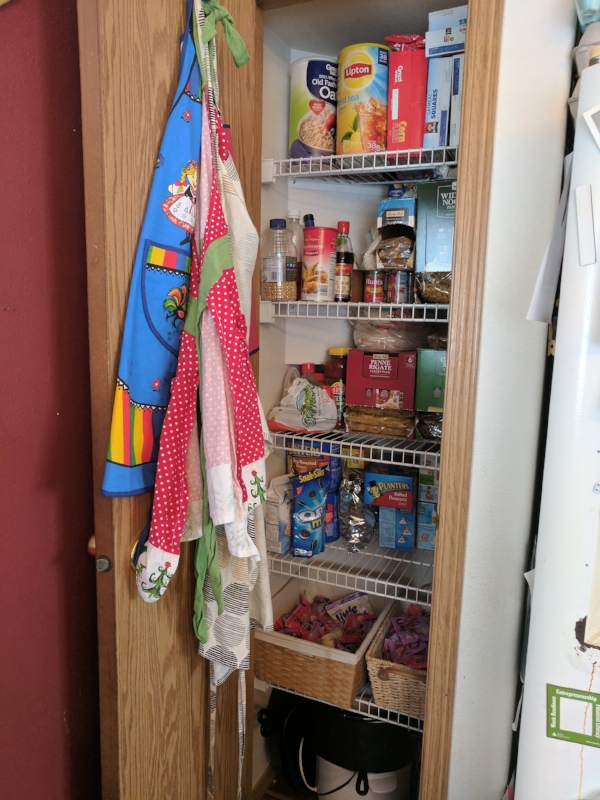 Not a huge change but similar foods are together again. Someday I might have a house where all the pasta can be grouped together on one shelf but for now they shall remain divided.

What did you find to get rid of this week? Were there any food items tucked away that you had forgotten about? Can you use the items you discovered or are they expired and destined for the trash?

Share a picture in the comments or on social media with the hashtag #clutterbusterchallenge of what you found to declutter.

Come back next week for week 11 of the Clutter Buster Challenge when we take on our fridge and freezer! Holy buckets does my freezer need some attention. I have one whole shelf that I simply ignore because I know it’s all freezer burned and old. So bad!

If you are looking for a better way of keeping on top of your homemaking tasks now that you are steamrolling through all this decluttering you might be interested in a new course from Humorous Homemaking. Home Management How To: A Guide to Daily Success is open now! I’ve got a post about my experience with this course here but this is a great course for you to take control of all the household tasks in a way that is tailored specifically to your family and life.