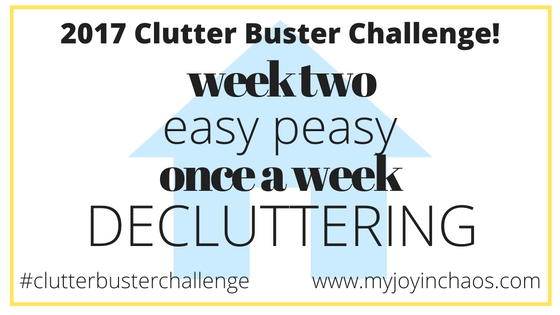 Hey there! It was awesome to see pictures coming in from you tackling Week 1 of the Clutter Buster Challenge. Some of you didn’t have a whole lot to get rid of and others of you (like me) found a whole box worth of items hidden under and in your furniture.

So, um… we don’t actually have coffee or side tables anymore. We used to, but then came these two new creatures into our lives that discovered an immense love for climbing EVERYTHING. So all the tables in our living room are now gone. Most went to the thrift store but one went to the big boys “cave” to use as a LEGO table.

That being said, we do have a ledge. We live in a split level home and there is a ledge overlooking the kitchen that gets used as our coffee and end tables. It’s our drop zone for far too many things and gets crazy cluttered, crazy fast. It’s terrible! And the amount of things that end up falling INTO the kitchen (and on occasion into the food I’ve got on the stove) is absurd. So that’s what I busted the clutter on for this week.

Seriously, take a look at this before picture 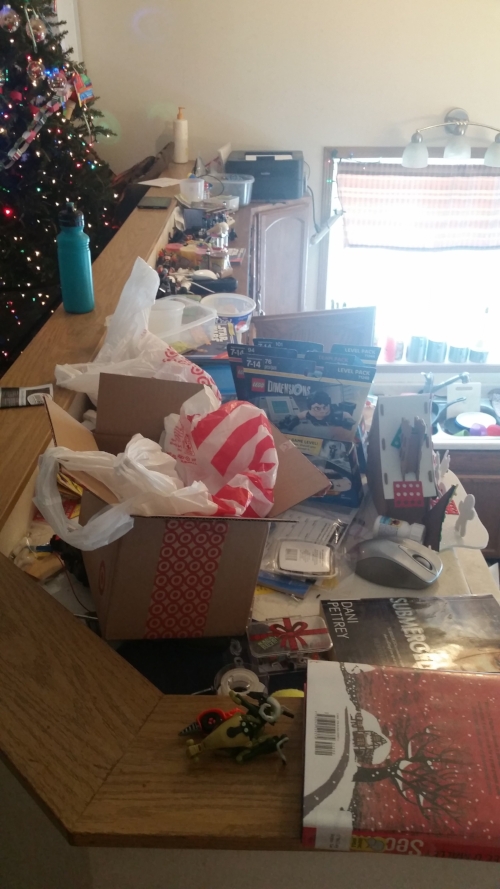 Terrible! So often it’s things we set down to bring to another area of the house. Other times it’s toys we take from the little guys because they are fighting over something and we want it away from them. Then there is just the random items that get set there because we don’t know where else to put them. Ugh.

So we started with the easy part, the trash. I went along and grabbed everything that needed to get thrown. I was surprised there wasn’t more. 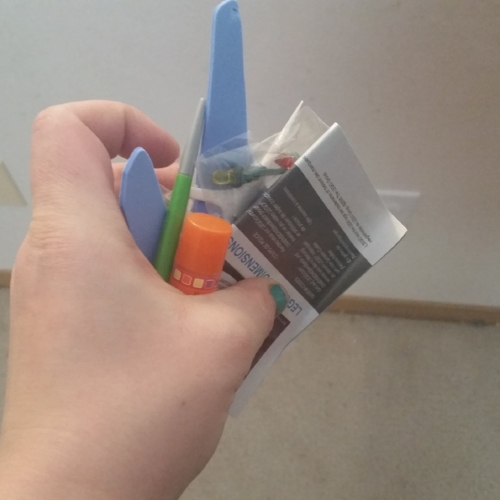 Okay, there actually was a bit more. 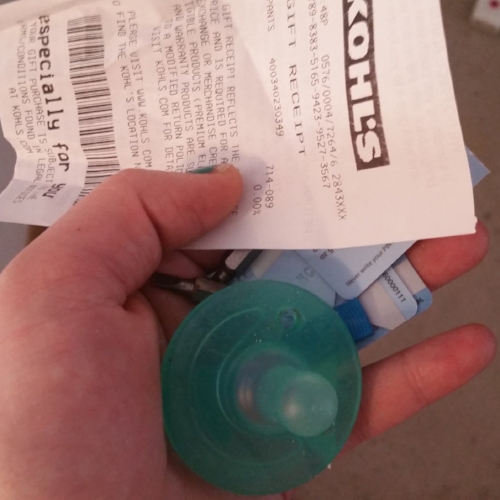 Why do we still have pacifiers in our house? The youngest boys only used them until they were a few months old… so TWO YEARS AGO. Oy. And an ATM card for a checking account that we closed when we bought our house… nearly two and a half years ago. And it was sitting on the ledge. WHY, OH WHY? This is why our house needs this clutter buster challenge. To get rid of everything that isn’t needed, wanted, or useful anymore.

Nearly everything else belonged somewhere else. It all had a home, a home that it fit in and belonged. Books belong in the bookshelf. Wii U remotes belong in the remote drawer. Dirty dishes belong in the sink. Seriously. How is it that we’ve lasted adulthood this long.

It took us maybe an hour to put everything away, throw away trash, and wipe down the whole thing. And that’s with breaks because there are five kids interrupting us… even though this was supposed to happen during naps. Oh well.

Look at how good it looks! 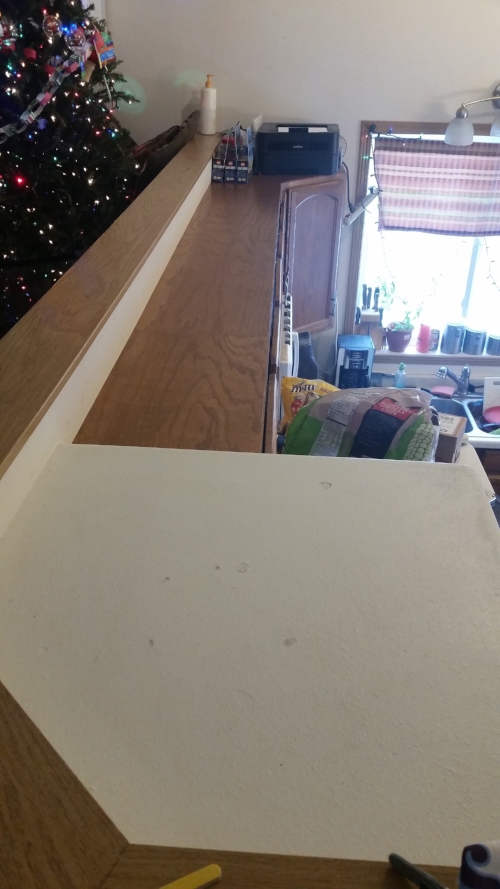 I’m not sure it’s been this cleared off… ever. Other than immediately upon moving in. And then as boxes started coming in and getting unpacked it collected things. The LEGO Dimensions sets at the far end are only there until we unbox them and add them to our shelf. And the couple items in the very front of the picture went to the kids’ rooms after I snapped the picture.

Now the key is going to be breaking our habit of mindlessly setting things on it. We are okay setting our coffee and water bottles on it but no more junk, no more using it as a holding ground for things that belong elsewhere.

How did your decluttering go last week? Did you get under and in your living room furniture cleaned? Are you ready to take on the flat surfaces in the living room?

Let’s see pictures of the progress you made this week! Share them on social media with the hashtag #clutterbusterchallenge!