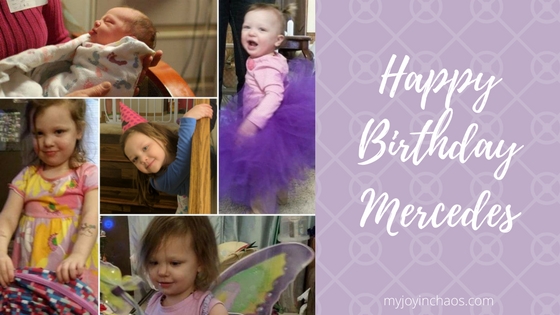 She’s a spunky and silly girl with a personality that fills every room she enters.

Today our lone girl turns four! Four years ago she burst into this world (quite literally) and surprised us all by being a girl. After two boys we had no idea what to do with a little lady and she continues to surprise us over and over again. 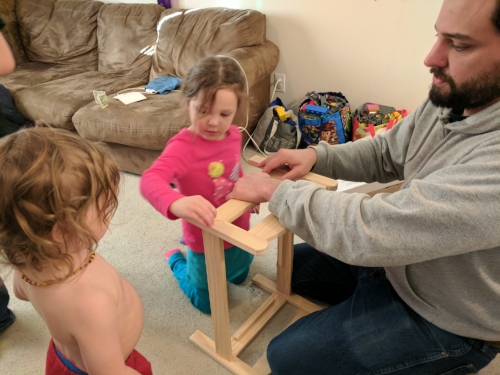 She’s equal parts girly girl with a love for twirly skirts and baby dolls, as she is tomboy with a love for rough housing, ninja turtles, and fart jokes. She occasionally lets me brush her hair (so she’s usually found with a tangle in the back from the night before) and paint her nails (but then eats it off after a few days) but most of the time she wants to let everything be natural and free.

Mercedes has a style all her own. Colors, patterns, and styles make little difference and she is immensely proud of every outfit she puts together. Future fashion designer? Who knows. 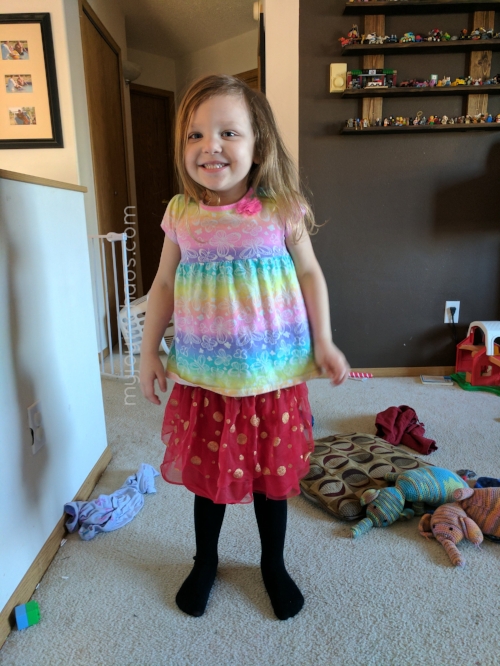 She adores her big brothers and often follows them around like a shadow. She counts the days until the weekend when they aren’t in school and greets them with enthusiasm each afternoon in the pick up line.

Her attitude about the little guys changes frequently. Usually she loves them and wants to play with them but then they tear apart a building she’s made or stomp on her puzzle and she’s reduced to a puddle of tears. Hopefully as they all age the fun lasts longer than the tears but, let’s be honest, most little brothers love to drive their older sisters crazy.

She has an incredibly big heart. She gives hugs to just about everyone and prays for ambulances we pass on the street. She shares her sticky gummy bears at the movies. She says “I love you” at least thirty times each day. 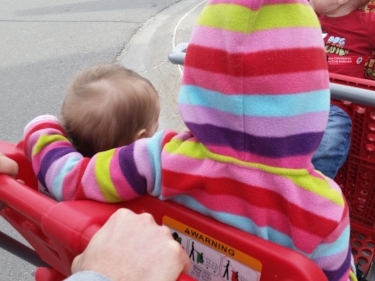 Sure, there are stubborn streaks and frustrating moments that occasionally have me making crazy eyes and mock pulling my hair out but that’s just parenting. Right? I’m not alone in that?

I thank God constantly for this girl because she is my rainbow baby after two miscarriages. She is the girl I longed for since I was a young girl. And she is everything I never knew I needed in a daughter. 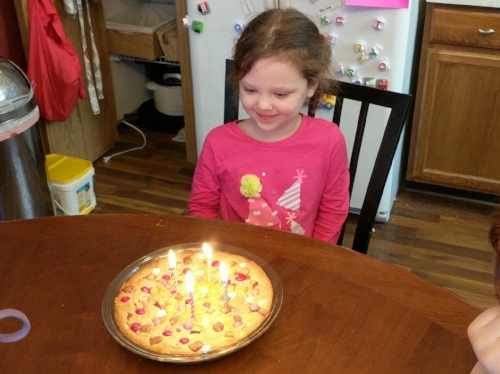 I’m linking this up with Kristin Hill Taylor for Three Word Wednesday.

Sick kids, sushi, and a birthday – 6 places I found joy in the chaos this week

Double birthdays, school pictures, and Halloween parties – 5 places I found joy in the chaos this week

Lost & Found Cat, Baking Day, and a Birthday – 5 places I found joy in the chaos this week

My Monthly Goals – {Update on September & Goals for October}