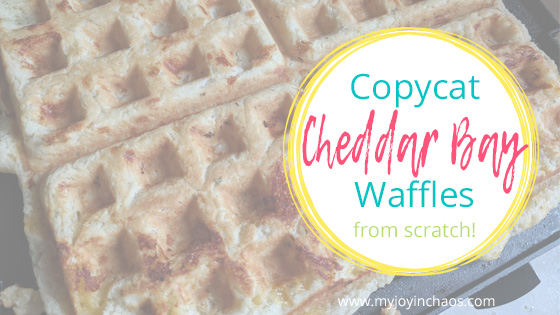 Have you seen the Cheddar Bay Waffles and Fried Lobster Tails at Red Lobster? Have you tried it?

We don’t frequent Red Lobster all that often. We used to but the last four or so times we went our crab legs were overcooked and our portions were significantly smaller than we remember from the past. We’ve decided it’s a much better use of the same amount of money to splurge on all you can eat sushi – even if we bring the kids.

But those Cheddar Bay Biscuits… I think they put something in them to make them so addicting! Oh yea… it’s called cheese 😉

Anyway… I saw the waffles paired with the fried lobster tail and was more intrigued by the waffle than the dish in entirety. I already make cornbread waffles, what would be so hard about making Cheddar Bay waffles? So I set out on my journey! 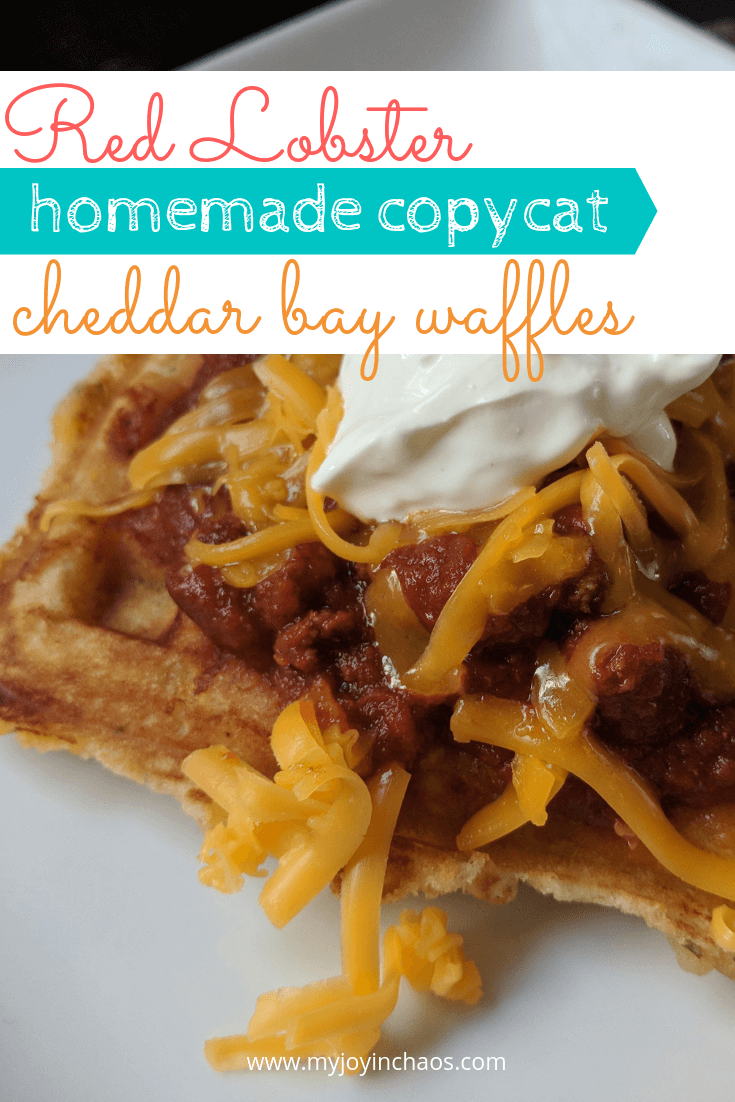 Other posts you may enjoy…

Turns out these are really simple! I did find a few people making them from the boxed Red Lobster biscuit mix, but I wanted homemade. I took this recipe from Slow Roasted Italian, tweaked it a bit to make it easier on the waffle iron, and viola! Cheddar Bay Biscuit Waffles!

We topped ours with homemade chili, cheese, and sour cream but I bet dunking these in tomato soup (or any soup) would be incredible. Or sandwiches made with these. Or perhaps just eating them right off the pan… not that I was doing such a thing while I was waiting for them to cook! I swear 😉 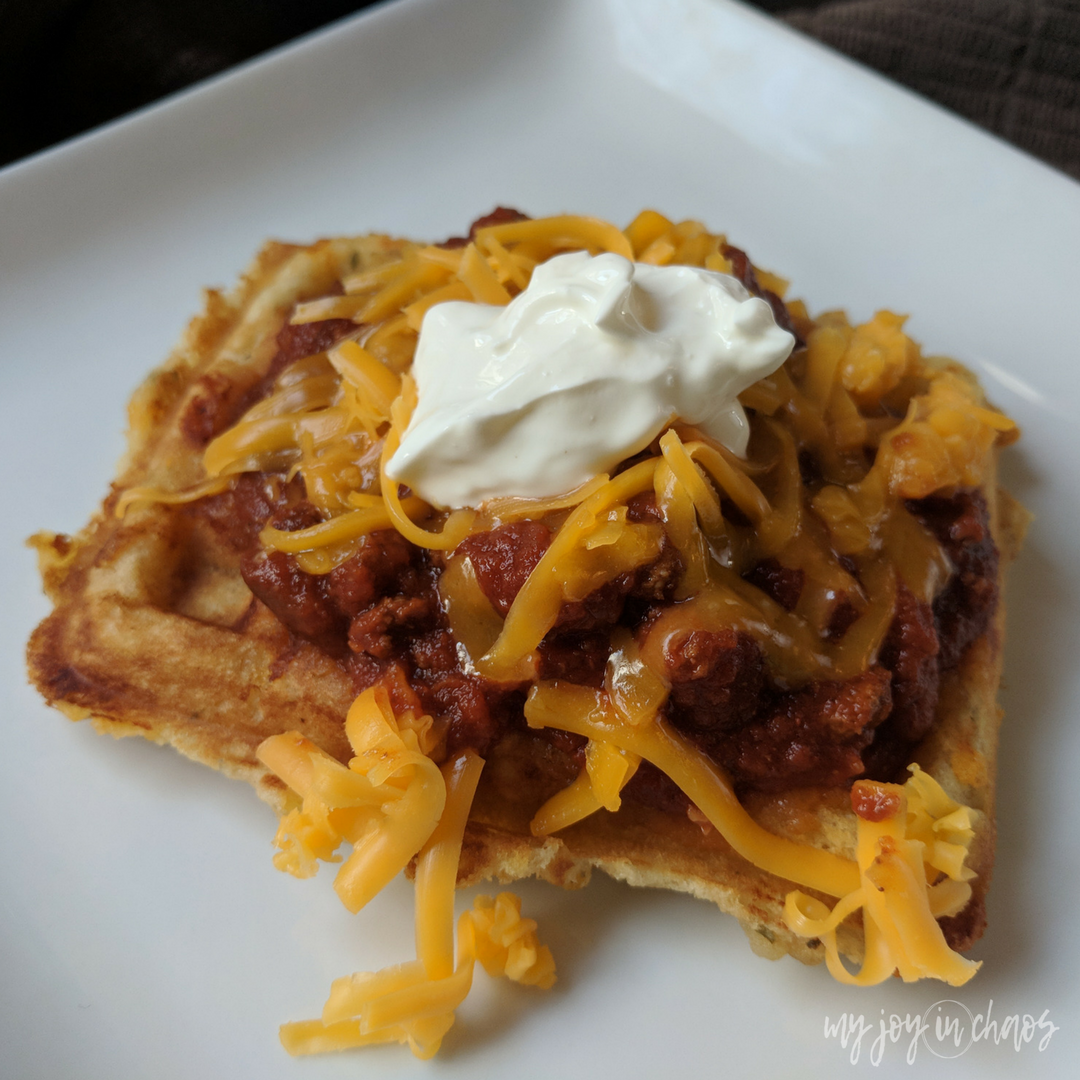 My kitchen tools for this recipe:

We use cookies to ensure that we give you the best experience on our website. If you continue to use this site we will assume that you are happy with it.OkNo